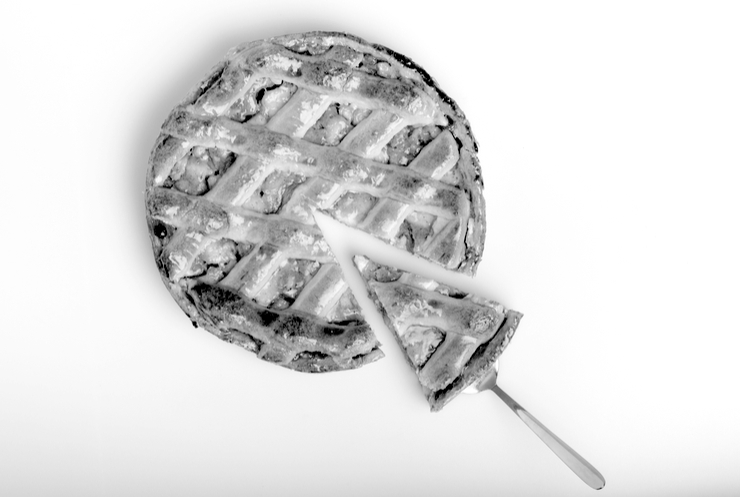 My intention to dig into Apple started with my take on Retail. Apple has clearly been a blueprint for Retail firms – in marketing and in distribution. In the Amazon jungle of Retail, they’re one of the few B2C firms that’s thriving. Mostly, that’s because they make and sell good products. Most retailers don’t.

But my interest in Apple was rekindled as I started looking at India. In a list of candidates that can gain from what we think is an inflection point in Indian consumption, it came out as a top contender in the “is it a comfortable company?” test. Here it is again:

Another top contender – HDFC Bank – made it to the Watch List. But that was about the banking sector in India. Here, the motivation is to put some numbers around the hypothesis that Apple is positioned to gain significantly from the Indian Consumer Story.

It’s always a good idea to start with where they are today, and how far they’ve come. Apple breaks down revenue by Region and Products. Here are the numbers over the last 5 years, ending September 2017 (their fiscal year-end):

The last 2 points are important. Despite the “slowdown” in China over the last couple of years, Apple’s growth in that region is awesome. One of the central points of The Buylyst thesis on the Indian consumer was that if India can follow China’s 2005-2015 trajectory, we’re in for one hell of a ride. Can we superimpose that theory on to Apple?

Will India follow China’s 2005-2015 growth trajectory? Obviously, we don’t know for sure, but The Buylyst believes that the signs are pointing in that direction. In Apple’s case – especially the iPhone – I think there 2 important variables to look at:

Here are the best numbers I could find on China. The data, surprisingly, is spotty. But I think these numbers are pretty close to the truth:

The dip in sales, from 2017 Q4 to 2018 Q1 is a seasonal thing, by the way. I've used these two time-periods as a way to zero in on a realistic number for the potential market size in India going forward. My question is: Can Apple sales and market share in India achieve China levels? Probably not. But I think it’s reasonable to assume that it’ll get more than half way there. Here are my assumptions:

With those assumptions in mind, here’s the rough math:

I know what you’re thinking. The numbers are good, but not great. And you’re right. It turns out that just an “India thesis” isn’t enough to drive Apple’s valuation much higher than it is today. But I’m overlooking 2 big factors:

Are you not entertained?

Maximus Decimus Moredius was wrong. It’s not just about utility. It’s also about flair and entertainment. "Give the crowd what they want, and they will love you for it". So far, we’ve talked about the iPhone – Apple’s most iconic and utilitarian product. But as you saw in one of the charts above, there is more to Apple. I would put the Macbook segment in the utilitarian bucket as well. But the others are mostly about entertainment. Here are Apple’s products, sans iPhone and Macbook:

Maybe, Apple Watch can be a utilitarian product. I don’t think it’s there yet. It's essentially a smaller iPhone but it has potential in things like biofeedback and healthcare. But almost everything else is about Entertainment.

To say that the Entertainment landscape is changing fast is a giant understatement. Just think about how and where you watched your favorite shows 10 years ago. 5? 3? 2 years? Entertainment is shifting to a subscription model. The reason is simple. People like to watch things when and how they feel like it – at the click of a button on any device.

I think of Entertainment in 4 buckets now:

Apple’s products fit into 3 of these 4 buckets: Production, Curation and Edge Devices. Here’s how:

Content Production: Apple will start producing its own shows. It will compete with Netflix and Amazon. It’s starting with a $1 billion investment in original content. This is huge, but it pales in comparison to the content budgets of Netflix and Amazon at $6-8 billion. But it’s just the beginning.

Content Delivery: Apple does not play in this space. This is the “internet provider” bucket. Maybe someday Apple will enter this space to fortify its castle. But for now, think AT&T, Verizon, or the internet provider in your country.

Edge Devices: This is Apple’s jam. Phones, laptops, headphones, speakers – this is what Apple is good at. The iPhone, iPad, Homepod and Airpods are all about consuming Entertainment content. After all these years, Apple is still a cut above everyone else in terms of design and sex-appeal. In most cases, they’re also just better products.

So, there we have it: Apple has Entertainment devices, Entertainment Software and they’re now delving into Entertainment production. Clearly, they want a carve out a big stake in a sector that’s changing its stripes every year. Clearly, Apple has a worldview on it. Clearly, The Buylyst needs one. It would be foolish to evaluate Apple without a nuanced worldview on how we will consume Entertainment in the next few years. If you remember iTunes, Apple changed the business model of the Music industry with amazing technology. Since then, Netflix turned the video-content business on its head. As you have no doubt been reading, the big incumbents like Disney, TimeWarner, 21st Century Fox etc. are scrambling to make deals to ensure their survival. What does all that scrambling mean for Apple?

Entertainment and India, it seems to me, are the two growth drivers of Apple. In CEO Tim Cook’s words, they’re spending a lot of “energy” in those two sectors. If there is a clear delivery path for both – meaning their “energy” yields big returns – I suspect the company is significantly undervalued today. Maybe that’s what Warren Buffett was thinking.

The next step for The Buylyst is to form a rational worldview on Entertainment.

Investing through the Retail Apocalypse »