Investing in India: Can we bank on it? 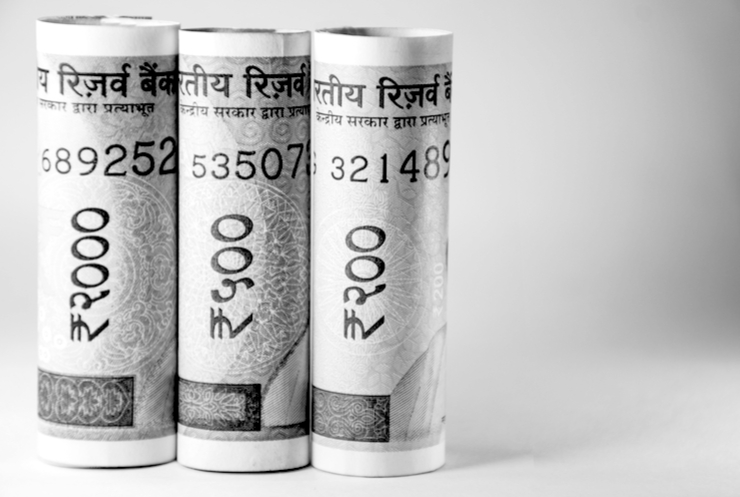 The times, they are a changin…

I visited India in February and March 2018. This is an annual trip for the Indian in me. As usual, there was a frenzy of activity everywhere – on the roads, in trains, airports and even hotels. My mind went back to the India I had left behind in the mid-nineties. At that time India was impoverished in material, money and ideas. She was a self-effacing, fatalist, back-bencher nation, having just emerged from near-bankruptcy. The status car was a “Contessa” – a fuel-guzzling boat on the road based on some outdated Vauxhall design. They were driven by chauffeurs wearing peak caps, while their suit-clad bosses read the Economic Times in the rear seat. I was one of those – a pinstripe-suit-clad banker.

In 2018, the Contessa was nowhere to be seen. Instead, all the world’s best luxury automobiles were roaming the streets, skillfully dodging the complete almanac of locomotives known to man – from Harleys to rickshaws to bullock carts and everything in between. I had left India with a billion despondent people in 1996. And now with 1.3 billion,  Indian society looked markedly different. The confidence in the air was palpable. Old Vauxhalls were out. New BMWs were in.

It’s not just cars and bikes. Indians were  spending a lot of money on a basket of things: clothes, food, electronics, and all the material comforts we can think of in the West. Clearly, incomes had risen dramatically. The standard of living, at least for the city-dwelling middle-class who fill up these fancy shopping malls, had clearly gone up. All those rosy numbers we’ve been reading about in the papers seem to be true.

Pundits across the spectrum of “thinking” organizations had just pronounced India as the fastest growing economy in the world. With India expected to hit real GDP growth of 7.4% in 2018, she was leaving China in second place at 6.6% (all emerging economies at 4.9%, all advanced economies at 2.5%, and the world overall at 3.9%) way behind. The IMF thinks that by 2021, India will cross an annual growth rate of 8% and will moderate inflation down from 5.8% now to 4.8%. I also read that based on purchasing power parity exchange rates, China was the world’s largest economy in 2015, with a GDP of almost $20 trillion and India’s GDP was larger than that of Japan, Germany, France, and the United Kingdom.

Why the sudden acceleration in growth rates? I’ve gone through this in some detail here. My opinion is that “the Indian consumer” is ready to break out and accelerate spending across the board – TVs, Cars, Clothes, Healthcare, Insurance and so on. They want to eat better, live better, and buy cooler things. This isn’t a particularly Indian thing. It’s happened in other countries, and most recently across the Himalayas in China. While I was in India, I could see it on the ground. Despite some volatility, I think the consumer story in India is sustainable – especially because of some factors that are, in fact, particularly Indian. And I think there is an interesting way to play this.

Looking around, I noticed that the cellphone had become the center of people’s lives across social strata. They talk (loudly), text, WhatsApp, play games, see movies, consume multiple apps and even do business on it. Heads are down staring at the small screen, but heads are not down in any figurative sense. India’s youth is plenty confident, with “the whole wide world in their hands”. There are 900 million cell phone users – gosh that’s 3 times the population of the USA. Nearly 25% of them are smart phone users. The rest will catch up faster than we may think. That implies that there is another USA-sized market for smartphones waiting to take off in the next few years. A big part of the reason is that using a cellphone in India is cheap. Call rates that used to be INR 16 ($0.25) per minute just 5 years ago has dropped to INR 0.60 ($0.01). 40% of all e-commerce is done on mobile phones.

Indeed, India also has the third largest population of internet users worldwide with 190 million subscribers on the internet and growing. I went back to a civilization with a history that goes back to the depths of time,  that has one of the youngest populations in the world. By 2020 64% of the population i.e. 800 million will be of working age – a problem and an opportunity at the same time. The need to consume, with quick gratification appeared to be very strong among the youth, not only in metros but also in Tier 2 towns. Access to the newest and smartest deals on Amazon or Flipkart seemed to be part of many “chai-time” conversations.

The Chinese have noticed this new, spendthrift India, and they are going in big. Chinese consumer brands (especially TVs and smart phones), unheard of in the USA, have started making inroads at very attractive price points into India. A Chinese cellphone company is now the official sponsor of the Indian Cricket Team. In a cricket-crazy nation like India, this is nothing short of a coup.

So, my next question was – what are these young cellphone addicts with a growing need to consume going to do?  Will they tend to borrow more like the largest consuming nations of the world? And if so, will credit availability and usage increase in India?  I didn’t have to put my banker hat on. I guess I had never really taken it off.

Numbers suggest that there is massive headroom in household debt in India compared to most other countries. An OECD report of February 2017 says that based on 2015 data, among the BRIC countries, India had the lowest household debt as a percentage of GDP [Brazil 26%; Russia 16%; India about 10% and China nearly 40%. It seems to me that the party is just about to get started.

The reality on the ground supports this theory. Here’s why:

At the forefront of India’s financial inclusion program, Banks face sustained competitive pressure to increase efficiency and productivity. They are attempting to do so by leveraging on technological developments through partnerships, finding new markets and launching new innovative products. It is possible that in this regard, i.e. banking with the unbanked, Banks may have an edge over other financial intermediaries because of their ability to leverage branch networks and an array of financial product offerings through affiliated organizations. With an inclusion strategy riding on technological innovation, reaching down lower towards the bottom of the pyramid may hold the key to big business opportunities for Banks.

To its Debit: Corporate Loans

However, during the period 2006 –2011, loan assets of Indian banks grew at an annual average rate of 20%. Some of the growth was indiscriminate, especially among government-owned banks. This led to a surge in the growth of stressed assets or Non-Performing Assets (NPAs). From a declared level of about 6% as of March 2011, the figure had climbed to over 12% by December 2017. Comparing the two types of banks – public and private – stressed assets of public sector banks hovered around 16%, while stressed assets of private banks remained below 5%.

Why did this sudden surge in NPAs happen? That’s because the central bank (Reserve Bank of India or RBI) focused on this. In 2015, the RBI conducted a series of in-depth audits and identified stressed assets much more comprehensively than Banks were previously required to report on their own. It became evident that the bulk of stressed assets were a result of lending to large corporates mainly for comparatively longer-duration infrastructure projects. Interestingly, the share of large corporates in total loan assets ranged from about 45% (March 2015) to 42% (March 2017), but they made up over 70% of total stressed assets. The Retail side of balance sheets showed a comparatively better asset quality.

Digging a little deeper, I found that India was among the worst offenders in resolving stressed assets. Granted there were powerful interests involved with political leanings. But part of the reason was also that Bank CEOs hid the seriousness of the problem till RBI got into the act. Another part is that the legal system did not facilitate quick insolvency and resolution. According to the RBI, resolution of stressed assets took 4.5 years on average in India and resulted in about 20% recovery of delinquencies. In China the resolution time is about 1.5 years although the recovery rate is not much higher than India at 30%. The best recovery performance was Norway with average resolution time of about a year with close to 90% recovery.

Can India ever catch up to Norway? Maybe not. But it’s headed in the right direction.

Two massive changes in the last couple of years point to better days in the Indian banking system.

#2 is big. In 2016, India passed the Insolvency and Bankruptcy Code that sought to streamline the process of bankruptcy. Here are some highlights:

This is a significant step towards resolving NPAs and cleaning up balance sheets of banks. Why? Without the ability to force bankruptcy, banks were left with only the ability to restructure loans. Now there is a clear time-bound process towards insolvency proceedings with punitive measures for owners and management. In addition, the powers of the RBI have been further enhanced to closely monitor Banks and where necessary compel initiation of insolvency proceedings against delinquent borrowers. However, this is a metric to watch.

The combination of #1 and #2 points to this:

These should lead to what (as a former banker) I would love to see: much healthier Balance Sheets. Now, as an investor, I would love to see that translate to better Net Interest Margins and a higher sustainable Return on Equity profile. The seeds have been sown.

So, what should The Buylyst do?

For American investors, unfortunately there are just 2 hassle-free investable Indian bank stocks. By hassle-free, I mean that they are traded on an American Exchange as American Depository Receipts (ADRs), which means that we don’t need to go through tedious paperwork to buy into these stories. The two companies are:

I took a superficial, quantitative look at both, using some ratios that I thought are most pertinent to analyzing banks. These are figures from their latest Annual Reports, which are 3 months apart. HDFCs figures are as of March 31, 2018. ICICI’s are as of December 31, 2017. But three months wouldn’t change the bigger picture.

Quantitatively speaking, the answer to the question “where should The Buylyst spend its time?” is clear. HDFC is the healthier bank as per these numbers. The qualitative reason for this difference, I believe, is the sum-total of everything I’ve written about. HDFC’s credit exposure is more Retail-oreinted (the Indian consumer) while ICICI’s credit exposure is has traditionally been more Corporate. HDFC’s Retail exposure is 58% compared to ICICI’s at 51%. Don’t let the seemingly small difference fool you. In banking, with its leveraged business models, every basis point makes a difference. And really, ICICI’s Retail exposure was a lot lower last year. To be fair to them, they’ve been improving their numbers. But it takes time to get rid of toxic assets.

Among the two, HDFC clearly deserves time – to dig in and to look for potential pitfalls in its business model. As I’ve discussed, the macro story is tangible. Indian consumers are turning a corner. They need credit. So far, at least, HDFC’s numbers fit into the Worldview. What The Buylyst needs to figure out is this: Can a bank like HDFC harness this inflection point without lending imprudently? Is it a comfortable business? And if so, is it trading at a comfortable price?

Time to roll up our sleeves.