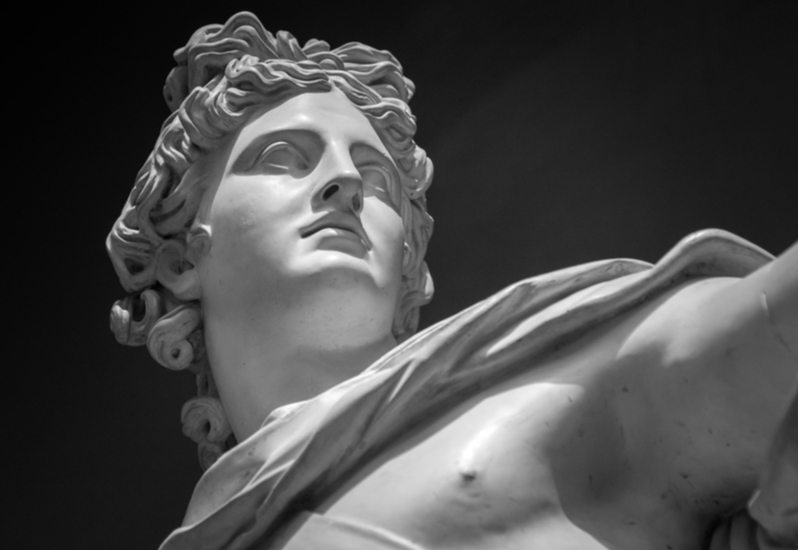 It’s been a year…

…since I wrote Investing in Global Dominators. Since then, most Global Dominators have done quite well. We had a list of 25 companies, and most have well, dominated, on the returns front. There are some wildcards like Boeing, of course. But 2019 proved again that it’s getting incredibly hard to beat incumbents. At the beginning of last year, we had surmised that in a software-driven world where software is delivered and updated via Cloud, the barriers to entry have become higher. It’s easier for an incumbent to constantly improve their product on the fly. It shows in the stock returns.

Look at that recent performance of the Russell 1000! If larger firms are indeed lower risk, then investing in them has been miles better than investing in smaller firms. Larger Cap firms, it seems, have been “low-risk, high-return” – the best of both worlds. But as with most things in Finance and Economics, such dual-variable explanations rarely jive with reality. In my view, it doesn’t matter if a firm is small-cap or large-cap. It’s just that returns are dominated by technology – software and hardware – firms where scale has been an advantage. The explanation is more “micro” than econometric. But that doesn’t sound scientific enough for many academics and “quants”.

Today, the S&P 500 – the most popular equity benchmark in the US – is dominated by technology firms – not just in terms of weight, but also in terms of contribution to its returns. Remember the FANGs? This was an acronym coined by Mark Cuban (allegedly) that included Facebook, Amazon, Netflix and Google. For a while, these 4 stocks were unstoppable. Then suddenly Apple caught everyone’s fancy in early 2019. I apologize for plugging The Buylyst right here, but we got into Apple in mid 2018 when it was unfashionable, especially compared to the FANGs. But soon, the FANGs became the FAANGs. Along the way, another “old-tech” firm – Microsoft – quietly started regaining its lost glory, under Satya Nadella’s leadership. Sorry, another plug for The Buylyst – we invested in Microsoft in the summer of 2018 as well, when it wasn’t one of the cool kids. The FAANGs now became the FAMANGs (actually, I made that up, but where would you put the “M”?).

The true measure of this would be something called “contribution to benchmark return”. But this would involve collecting data of daily weights and returns of the FAMANGs going back a year and compounding them. It’s a bit tedious. But I can come up with a rough estimate, and It turns out that just the FAMANGs account for about 1/3rd of the S&P 500 returns over the last 12 months. And that’s just 6 stocks with 2 underperformers.

The point is that Dominators have dominated. If you weren’t in some of the FAMANGs, it would have been hard to beat the S&P 500.

But they weren’t the only stars.

Last year, we had a list of 25 dominators. This year we’ll make some changes. We’ll remove Boeing from the list for obvious reasons. We’ll remove Samsung because it’s a complicated company to invest. But we’ll add a few more:

Each of these companies dominate what they do. And they have limited competition, if any. So, here’s the updated list of Global Dominators. Again, it is by no means meant to be exhaustive.

Check out how they’ve performed in over the last 12 months:

While their performance is mostly great, it doesn’t mean that we will invest in these companies. It just means that we will run our screening tool on this shortlist. If you’re a long-time reader of The Buylyst, you know that we like these characteristics in a company:

Needless to say, not all make the cut.

But before we try and zoom in on a company or two to dig into, let’s think about why dominators are dominating the market. Aren’t incumbents supposed to plateau and give way to new blood?

In early 2019, our explanation was that software, delivered via Cloud, an increasingly AI-infused, puts incumbents at an advantage. This is true of technology companies, sure. But it’s really true of any company the leverages technology to widen the Moat.

It seemed to me throughout 2019 that one way to widen the Moat was to acquire moat-widening technology. Here are some examples:

#1 is an example of a traditionally non-tech company buying a bona fide tech company. We recently covered the cashlessness movement in which we realized that Visa is not disrupted but is a natural partner to all the tech-focused neobanks coming up. Their acquisition of Plaid is a step towards widening their moat in what we all think will be a cashless, cardless, contactless world.

#2 is a tech company acquiring another tech company that has a complementary business. But Paypal is probably the best example of an incumbent that’s gobbling up competitors. So far, Paypal has made about 20 acquisitions, many of them of direct competitors like Venmo and Xoom. Paypal generates enough cash to be able to tap capital markets to fund these acquisitions. They make sure that nobody encroaches on their territory – by buying them out.

In the past, other dominators have done the same thing. Facebook, for example, acquired Whatsapp and Instagram for obscene amounts. Walmart acquired Jet.com and Flipkart. Disney bought ESPN. Uber acquired Careem and Grab. Amazon makes acquisitions all the time to find its way into new industries like healthcare, for example.

The point is that if:

…it’s very hard to uproot the incumbent. Startups that pose a threat seem to get out-competed or get bought out. Which of the big dominators on that list above is likely to get disrupted in the next few years? It’s hard to imagine.

So, who should we focus on?

Not all dominators make money. Here are how their Free Cash Flow numbers line up:

We can safely remove some of them because they don’t make money. That’s not to say they won’t, but we’re talking about Dominators who already dominate and don’t need explosive growth to justify their valuations.

As is customary at The Buylyst, we attach a 20X multiple to Free Cash Flow to estimate a “fair value” to companies before we dig in further. Again, this is meant to be a rough estimate, not a prediction. We’ve taken out the negative Free Cash Flow companies. Here we go:

On its own, the chart above doesn’t mean much. But when combined with actual current market valuation, we get a sense of where we should spend our time. The bigger the gap is between “fair value” and “market value” (the higher fair value is), the easier it is for us to justify spending time on it. In the past, we’ve done full-fledged theses on companies like Amazon and Adobe, which were already clearly richly valued but those are exceptions. Usually, we like to spend our time on something underpriced or, at least, about fairly valued.

Here’s how the stack up:

Here’s what I get out of this chart – the more Blue outruns Gray, the better it is. I see 2 candidates that pass the test clearly:

But there are others that are close:

That’s 7 Dominators that might be worth a look. Intel recently reported results, and Mr. Market was happy. And ever since I did some work on cashlessness, Paypal has looked interesting. But Live Nation is interesting because it has virtually no competition in a world where music artists are at the mercy of streaming giants like Sportify and Apple. Live Nation sells music concerts. And I’ve worked on Disney before. It’s hard to argue against it. Even last time, I came out concluding that it’s fairly valued.

There’s a lot to do. I’ll get cracking for next week.