Keep Calm and Invest. With a little Faith. 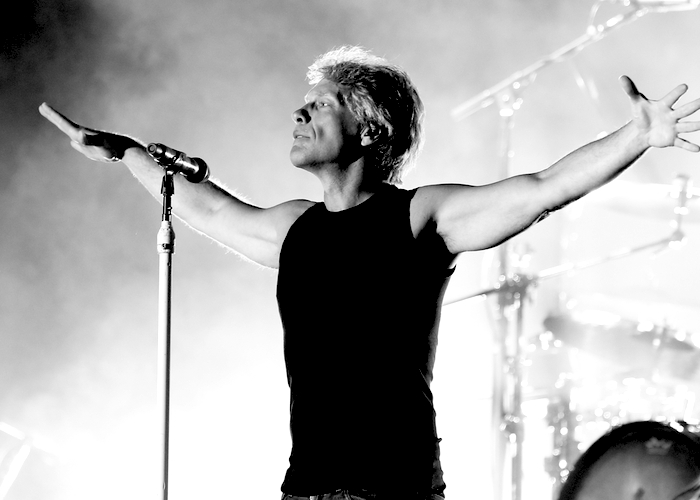 What is the Truth?

I’m not a religious person by any stretch of the imagination. I’m skeptical by nature. I like data, science and the works. But in what I do for a living – investing – I’m required to have faith. I must hold on to something I can’t see or touch. I must “believe”.

Ultimately, I’m in the pursuit of truth – what is the true value of a company? But is there such a thing? Is there an unequivocal, indisputable truth?

In investing, you may have heard the term “Intrinsic Value”. I’ve used it in some of my articles too. I’ve even attempted to condense this tedious topic as much as I could. The term sounds almost philosophical (like intrinsic motivation). But is Intrinsic Value the “true value” of a company? No. Intrinsic Value is, at best, and educated guess. That’s the truth.

The only way I make money is if I pay less than the price at which I can sell. And that selling price should mirror what the asset is worth, in theory. For me to know whether I’m overpaying or underpaying (preferably the latter) for an asset, I need to have some idea of what it’s worth. And so, I need to stick my neck out there and put down a marker and declare: “This is what I think it’s worth. This is what I would pay.” Unfortunately, that’s just an educated guess. And that is as true for Warren Buffett as it is for me. The reason is that there are just too many factors that can affect the value of an asset. There are too many unknowns – known unknowns and unknown unknowns.

Keep Calm and Be Satisficed

To get to some estimate of intrinsic value, it takes a lot of work. It’s both subjective and analytical. Data, information, opinions, time – the more we have of each of these, the better it is. But there is a limit to how much we can process, how many dots we can connect, and how many minutes, hours, days we have. So, we must put down the pencil at some point. We must say Enough. That takes some faith. The big leap of faith is this: I’ve analyzed as much data and information as necessary. No more. No less.

The economist Herb Simon coined the term “Satisficing”. I found this in Nassim Taleb’s book, Fooled by Randomness:

“‘Satisficing’ was [Herb Simon's] idea (the melding together of satisfy and suffice): You stop when you get a near-satisfactory solution. Otherwise it may take you an eternity to reach the smallest conclusion or perform the smallest act.”

The art of Satisficing only comes with experience. We’ll get there. Have a little faith.

Once I’m Satisficed, I need to add another layer of faith. There are two “events” that need to happen for me to make money, which is the whole point of this absurdity.

First, my guess about “the truth” needs to be at least approximately correct. Second, enough market participants need to come around to my view in a reasonable period of time. Both these events are far from certainties. As a self-anointed man of science, it took me a long time to get comfortable with this exponential uncertainty.

Sorry, this isn’t about Crystal Meth.

There is a concept in quantum mechanics called the Heisenberg Uncertainty Principle. I had to dumb it down for myself, so here it is: It’s impossible to accurately determine the position and the speed of a subatomic particle at any given point in time. Apparently, the level of accuracy in measuring either one – position or speed – comes at the cost of accurately measuring the other. Werner Heisenberg had come up with a neat formula to describe this tradeoff. Until recently, it was believed that the mere act of observing these subatomic particles altered their position and speed. That theory is being questioned now. But it still blows my mind.

In investing, it’s impossible to calculate with any accuracy BOTH the Intrinsic Value of a company, and the speed at which participants will partially or fully buy into my worldview. I can be extremely precise about both, but that would be false precision. And, in investing, there is no tradeoff between the two uncertainties, and no elegant equation to describe it. Quantum mechanics is hard. But investing ain’t that easy either. I wouldn’t call it “shooting in the dark”, but let’s just say that the lighting is dim.

Here’s the other thing: Unlike what we see in quantum mechanics, observation does make a difference to the position and speed of my profits. As more people see what I’m seeing, the probability of me making money and the “speed” at which I’ll make it increases. But there is no way for me, or a giant like Warren Buffett, to know with certainty that it will happen.

In a strange way, the inherent uncertainty in quantum mechanics was a very liberating thought for me. If science could have room for ambiguity, why shouldn’t an art like investing?

John Maynard Keynes captured this absurdity of investing via the stock market with an equally absurd and crass analogy (probably while sipping sherry in a gentlemen’s-only social club in Shoreditch, London). I found this in George Soros’s “The Alchemy of Finance”:

“In my investing career I operated on the assumption that all investment theses are flawed…The fact that a thesis is flawed does not mean that we should not invest in it as long as other people believe in it and there is a large group of people left to be convinced. The point was made by John Maynard Keynes when he compared the stock market to a beauty contest where the winner is not the most beautiful contestant but the one whom the greatest number of people consider beautiful.”

I got 4 things from this:

So, how do we navigate through this labyrinth of data, theory and faith that is investing.

“Our inability to pinpoint a number doesn’t bother us: We would rather be approximately right than precisely wrong.” – Warren Buffett

Despite my modesty, these are the risks:

To “hedge” against both risks, I religiously follow one of the most important commandments of Intelligent Investing: Margin of Safety.

I try to buy assets that are much cheaper than what I think they’re worth. By buying something at, say, a 30% discount to my (hopefully mildly wrong) estimate of intrinsic value, I implicitly do 2 things:

The idea is this: if I’m buying something at a significant discount, how wrong could I really be? I could be wrong, but then I’d have to be bigly wrong to lose a lot of money. I don’t think that will happen often. There you go, another leap of faith.

I will never make money consistently if I just jump on the bandwagon and choose the contestant that everyone is betting on. I will make money only if I do the unconventional thing – if I bet on a contestant that most of the other judges haven’t quite appreciated yet. I don’t know why I’m still using this analogy. I’ll let the giants of investing chime in. They’re far more eloquent.

“Certain common threads run through the best investments I’ve witnessed. They’re usually contrarian, challenging and uncomfortable—although the experienced contrarian takes comfort from his or her position outside the herd.” – Howard Marks

I need to believe that I can see something that most others are not seeing. The “market” is full of very smart, educated people. So, you can understand just how arrogant I (or any investor) needs to be. It’s absurd.

Just to recap the absurdity of investing:

Keynes’s analogy highlighted the absurdity of investing. But Charlie Munger explains it to us in a much more refined (and politically correct) analogy that captures the essence of this absurdity:

“To us investing is the equivalent of going out and betting against the pari-mutuel system. We look for a horse with one chance in two of winning and which pays you three to one. You’re looking for a mispriced gamble. That’s what investing is. And you have to know enough to know whether the gamble is mispriced. That’s value investing.”

Be Satisficed enough to know that you found a mispriced gamble. Be modest enough to know that you could be wrong. Pay a price low enough to minimize your losses in case you’re wrong. Be arrogant enough to not give a damn what the rest of the world thinks. And then if you want, you can pray to God, the Universe, Karma, do a rain dance, or throw a horseshoe over your shoulder. When you’re done “Livin’ on a Prayer”, just move on and find the next Seabiscuit.

The toughest part of investing is not the analysis or valuation part of it. There’s no “talent” in that. Those skills can be acquired by anybody with an average IQ and access to Wikipedia. The toughest part is living in a paradoxical state of humility and arrogance – knowing that the truth is elusive and not giving a damn about other peoples’ opinions. One way to keep your sanity is to simply ignore the chatter. Two of Buffett’s idols say it best:

“One of the ablest investment men I have ever known told me many years ago that in the stock market a good nervous system is even more important than a good head.” – Philip Fisher

“The word “intelligent” in our title will be used throughout the book in its common and dictionary sense as meaning “endowed with the capacity for knowledge and understanding”. It will not be taken to mean “smart” or “shrewd” or gifted with unusual foresight or insight. Actually the intelligence here presupposes a trait more of the character than of the brain.” – Benjamin Graham

I can speak for myself, but my arrogance is based on this leap of faith: I’m better at controlling my impulses than the average investor. I have cultivated a genuine indifference towards what “the market” thinks, because a lot of its behavior is driven by fear and greed. I don’t get anxious about what “the market” is saying (CNBC, for example, has never been part of my diet). I guess that can be construed as “arrogance”. The truth is that I don’t get much value out of the cacophony of Wall Street. That’s something I’ve realized with experience, which has furnished me with the basic tools to do my own thinking on investing. On my part, I focus more on the quality and integrity of my analysis rather than keeping tabs on what “they” are saying.

“You are neither right or wrong because the crowd disagrees with you. You are right because of your data and reasoning.” – Benjamin Graham.

Keep calm. Be satisficed. Be modestly arrogant.  If you’re right, the crowd will eventually see what you see.

Why Invest at all? »

What are my investment choices? »