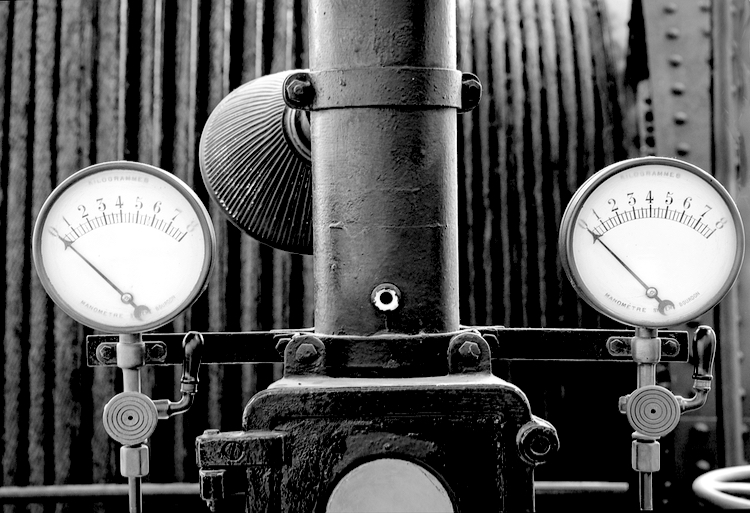 What is priced in?

To any rational investor, this is the hardest question you can pose. Investing is a form of time-travel. You’ve got to imagine the future, and then put your money behind your imagination. This imagination – for a particular company’s prospects, for example – can range from overtly pessimistic to ludicrously optimistic. In the short term – over a month or quarter or a year – the pendulum is always swinging from one end to the other. As an investor, the winning strategy is to buy into a story when there is too much pessimism, and sell as the pendulum swings back towards ludicrous optimism. Easier said than done.

At any given moment, where is the pendulum? That’s the million-dollar question. Implicit in it is the answer to the question “what do you think this asset is worth?”. That’s the center of the pendulum. If you know where that is, it’s easy to know which way the pendulum has swung. OK – so just need to know what an asset is worth, right? Again, easier said than done – not because the math or the economics is hard. Valuation itself is a nebulous concept. It’s not science. It’s estimation. I’ve covered the ambiguity of it all in “Keep Calm and Invest”. The “Intrinsic Value” of an asset is itself a moving target, not a law of nature like Gravitational Acceleration. So, how do we know what’s priced in – excessive pessimism or giddy euphoria?

The best we can do is to have some marker, some estimate of Intrinsic Value, fully recognizing that it’s not a natural truth but just a rough guide. That’s why analysts have jobs. That’s why I spend countless hours trying to estimate a rough marker. Better than shooting in the dark. But I realize that many of you won’t have the time to dig in. That’s a problem.

One solution is to subscribe to The Buylyst, if I may say so. We can do the heavy lifting, so you don’t have to. If you don’t want to do that, no worries. I can still give you some pointers. The point of this article is to give you a quick, back-of-the-envelope method of estimating where the pendulum is.

Here’s a surprising truth: All investment involves some amount of speculation.

I know that many in my investment analyst cohort will disagree with that statement because they tend to draw a bold line between investment and speculation. Yes, there is a difference. But the difference lies not in distinct definitions but in the degree of speculation involved. To keep things simple, let me break down the future into 3 degrees on what I call The Specvestment Scale:

Facts are facts. That’s straightforward. But investing involves making assumptions about the future that are not facts, obviously. Often, we need to assume some amount of revenue growth (or decline) or profit growth (or decline) in evaluating a company. These assumptions can be grounded in some data, analysis or opinions on underlying drivers of revenue or profit. At The Buylyst, we rely on our Worldviews to give us some degree of probability to attach to our assumptions. For example, our view on the state of Battery Technology and the Renewable Energy sector informs our opinion on a company like Tesla. Our view on the evolution of Artificial Intelligence informs our valuation of TSMC, the semiconductor fab company.

The difference between Reasonable Assumptions and Unicorn Assumptions can be summarized in one word: Probability. What is the probability that your assumptions will come to fruition?

“Professionals forget the following reality: It is not the estimate or the forecast that matters as much as the degree of confidence with the opinion.”– Nassim Nicolas Taleb

When I make Reasonable Assumptions, it’s grounded in some form of reality. For example, if I assume that Ford will see its margins improve in 2020, it’s based on the assumption that it will divest its loss-making business. Do I know for sure whether this will happen? No. But I attach a high probability to this outcome because that’s what Management says it will do AND I can see clearly in the numbers that divesting out of Passenger Cars in Europe, Asia and South America will expand Ford’s margins. I concede that A) Management may not follow through on its strategy and B) Margins on their best-selling products may decline. But in investing, I can’t have all the facts line up perfectly. The real world doesn’t work like that. I deal with probabilities, not certainties.

Unicorn Assumptions usually have no backing, or any real degree of probability attached to them. They are often based on rumors or on a “cool” factor or on a “this company will decimate all its competition and get 100% of the market” attitude. That’s on the positive side. Unicorn Assumptions can be negative too – they can be based on a “this company is finished” attitude. Unicorn Assumptions push the pendulum to swing to the extremes. They are the reason why loss-making companies can file for an IPO nowadays at ludicrous valuations. The thinking goes something like: “lots of people like the product, so eventually, at some point, when enough people use the product, they will make money”. This type of reasoning isn’t usually based on hard data or analysis. It’s based on anecdotes and a sort of “mental math” that doesn’t even factor in what you’d think of as relevant information – like how many billions in capital is needed every year to sustain that awesome product.

We don’t want to keep dancing in the dark. This brings us back to the question: What is priced in? We can now refine the question to: What type of assumptions are priced in? To do this we need to build a “Specometer”.

Let’s try to figure out how much speculation is priced in to a stock price. I’ll keep things simple because this is not a Finance class.

In estimating an Intrinsic Value of a company, there are 2 main moving parts:

Classes are taught about estimating these variables in the top Business Schools in the world, which involve a lot of high-finance jargon. But I’ll keep it grounded in common-sense. Remember, our goal is not to value a company (because we may not have the time for that) but just to estimate how much speculation is priced into the market price.

There is one barometer that captures both these variables: The P/E ratio. I don’t like this ratio as much as Wall Street does because its denominator – Earnings per Share – is flawed. It has a lot of Accounting shenanigans built into it. Warren Buffett agrees:

This leads us to another measure: ROE. Think of this as a countermeasure to the flawed P/E ratio. Return on Equity (ROE) measures the “financial productivity” of a company. In other words, it’s a (flawed) measure of how much return a company’s internal investments generate. Eventually, the theory goes, the firm’s equity return (on our stock) will mirror the ROE of a company. As Charlie Munger says:

“Over the long term, it’s hard for a stock to earn a much better return than the business which underlies it earns.”

It doesn’t matter if you’re not really interested in the strengths and weaknesses of each of these measures. This article is not about the nuances of Valuation. But here are two details worth remembering:

Put #1 and #2 together, and you’ll have a decent idea of how much speculation is built into market price.

The P/E ratio is basically a multiple of current earnings. “E” stands for earnings. A high “P” or Price means that aggressive assumptions about the future growth of the company are attached to current earnings (the “E”). Let’s go back to our Specvestment Scale, which were:

Current Earnings are in the “as things are” category. Depending on what multiple of earnings the market has attached to a particular stock, it has factored in either Reasonable Assumptions or Unicorn Assumptions.

How do you know whether the assumptions are Reasonable or Unicorn? This is where ROE helps. Here’s a rule of thumb that will serve you well in making investment decisions:

Our Specometer needs one final tune-up. And that’s about ROE. Managers can juice up ROE with Debt. I won’t get into the algebra here but that’s the truth. One final tune-up to ROE is to make sure that the Long-Term Debt is manageable. I do this by looking for the Long-term-Debt to Equity ratio.

OK – so let’s recap our Specometer:

Let me be clear: This Specometer is in no way meant to substitute a qualitative analysis. It’s meant to complement it. If you think – for qualitative reasons – that a company has bright prospects in the next few years, you can use the Specometer to gauge how much of that optimism may already be priced in.

If you think that the qualitative story – your Worldview – is positive, then check if:

If it checks these 2 boxes, you can be fairly confident that the balloon isn’t overinflated to the point of bursting – that the growth assumptions priced into the stock price are more in the “Reasonable” territory rather than the “Unicorn” territory. Bingo!

Now, you are going in with your eyes open. Whether your investment thesis works out or not, you can sleep well at night knowing that you didn’t base your decision on Unicorn assumptions.

Getting these figures is easy. You can poke around in Yahoo Finance or MarketWatch or your online broker’s dashboard. I’ll leave you with real, live figures I see for 3 of the FAANG stocks – Amazon, Apple and Google. You can now tell which one has more Unicorn Assumptions built into its price.

This is what I see in Marketwatch as I write this: