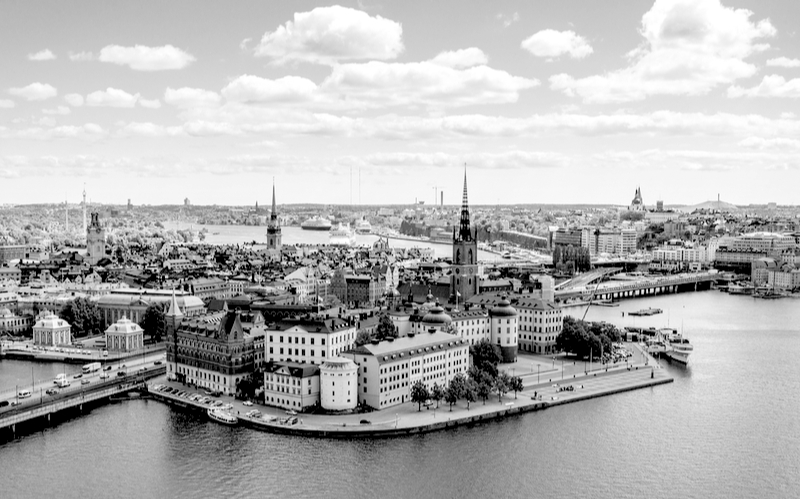 A couple of weeks ago I published a bottom-up update on the 5G world, and it got me thinking about Ericsson. Since I did a deep-dive on the company in  January 2019, things have changed. That’s what my latest survey of 5G revealed. What has changed? Here are a few dynamics:

On the contrast in earnings calls: The difference was stark. Nokia’s call was somber. CEO Suri painted a defeatist picture, saying that the company needs to halt dividends to use the cash to invest in R&D. And it’s 2020 outlook wasn’t positive. Ericsson’s was upbeat. They’ve invested a lot in R&D throughout the year, gained market share in the US and in South Korea, and are upbeat about 2020 because they see 5G expansion accelerating in many parts of the world. I found it interesting because the script has flipped from earlier this year when analysts were more bullish on Nokia than Ericsson.

On Management Execution: This has been the biggest change since my early 2019 valuation of Ericsson. Management has gained market share in the US and South Korea (5G leaders of the world) and has expanded margins in the process. Now they seem well-positioned to gain market share in the rest of the world. One of the risks I had flagged in the January 2019 thesis was that margins will remain low because of competition from Nokia and Huawei. The Nokia risk – judging by Nokia’s own outlook – will be less potent in 2020 as the world accelerates it’s 5G rollouts while Nokia reinvests in its products to catch up. And as a demonstration of Ericsson Management’s execution, Operating Margins in Q3 have surpassed Management’s own target of 10%. It’s nice to see qualitative stories filter down to tangible numbers. Management seems to think this uplift has legs – they’ve raised their revenue and operating profit forecasts for most of the business segments through 2020. Here’s Ericsson’s progress:

One other datapoint struck me as important and informative: Ericsson’s commitment to R&D. Here’s a chart Management showed us during their Investor Day. It’s very telling. And this could be the main reason behind Ericsson’s momentum vs. Nokia’s troubles: 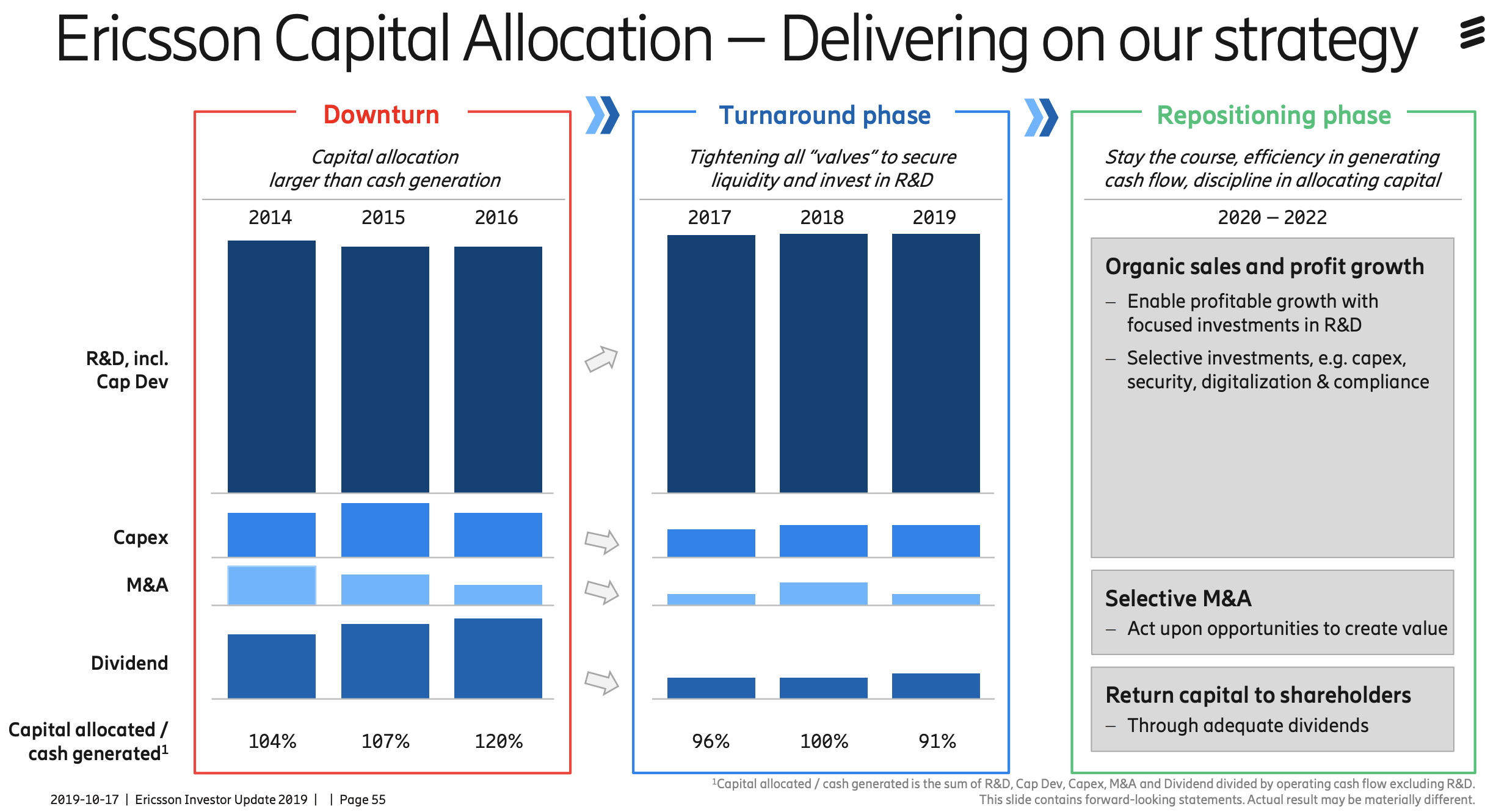 On the Trade War issue: This is a mixed bag. President Trump’s tweets are volatile, and his administration’s position is less than cogent. My initial thought was that the trade war uncertainty is a positive for Ericsson. But its CEO doesn’t think so. He says that the world has been skittish about 5G investment on the whole because of the Huawei uncertainty. And maybe they were right. Now, with the trade war rhetoric cooling down, Ericsson suddenly sees a pickup in business and has raised its outlook. It’s probably not a coincidence.

On the Trade-War/Huawei issue, I had made two points earlier this year:

This brings us to the China question. Over the past few years, China has accounted for 60% of 4G spend. Both Nokia and Ericsson management teams expect the same for 5G. In 4G, Ericsson had just about 10% market share in China. Can Ericsson crack that market in 5G? With more than 10% market share?