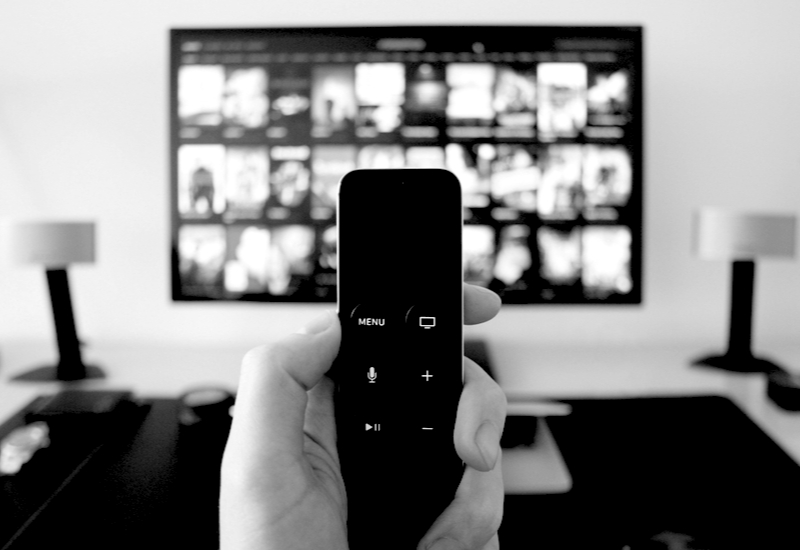 Tech is the new Consumer Staples. While we live through this pandemic, it’s clearer than ever before. And no product captures that phenomenon more than Video Streaming. The move from “linear” TV programming to Streaming is unstoppable. There is simply no reason for linear TV to exist. People don’t like commercials and they like to choose what to watch. It’s as simple as that. We’re in a transition period now where a generation is still used to linear TV. But it’s a matter of time when almost all TV and Entertainment will be OTP or “over the top”.

In this analysis, I’ll talk about the Big 3 – Netflix, Amazon and Disney. Amazon is the odd one out because they’re not a bona-fide entertainment company. I’ve always argued that Prime Video exists to offer Amazon Prime subscribers a reason to stick around. Apple has a similar approach – Apple TV+ is a sweetener in Apple’s core product offering. YouTube is the other player but they’re part of a massive advertising business called Google. So, we’ll include Amazon in the Big 3 because they’ve been the only credible competition to Netflix. Disney is the new entry in the Streaming Wars with Disney+, ESPN+ and Hulu. Just by way of disclosure, I will use “Disney DTC” to include Disney+, ESPN+ and Hulu.

The numbers speak for themselves:

I should comment that Disney’s average selling price is high because Hulu’s revenue model is still advertising-based. Commercials command a much higher price than monthly subscription fees. But, of course, everybody wants to move to subscriptions because it’s stickier revenue and most viewers dislike commercials.

We’ll get to a rough valuation a little later but the numbers above explain why, for example, Netflix’s stock has shot up like a rocket. Investor enthusiasm has also been sky-high because these products are so visible in our daily lives. Lastly, in this game, size begets size. Bigger is better.

Here’s the part that many investors ignore: none of these streaming businesses make money. And what I call the “trader-bro” investment thesis is this: “It’s a great product and over time they’ll make it up on volume.”

Trader-bros are right about the first part – the products are fantastic. The second part of the thesis – they’ll make it up on volume – is debatable. We’ll scrutinize the second part below.

Netflix and Amazon spend on “renting” or making content – movies and shows. Content is really their “cost of goods sold”. Disney+ has its own library of content that’s massive – more so after the 21st Century Fox (FTCF) acquisition. I suspect their Content Acquisition Cost is lower. But all 3 are involved in content production. If you do a simple Google search, you’ll see that a movie budget is often above $50 million. Sometimes they’re above $100 million. With more competition, Netflix, Amazon and Disney need to spend a lot of cash to attract new audiences and retain old ones.

As mentioned earlier, Netflix is the only pure play in Video Streaming. Amazon has a different core business. Disney is a mix of theme parks, hotels, cruises, sports and movies. So, going forward I will use Netflix as a posterchild for this industry because the numbers are easier to break out. You can imagine that the segment information about Streaming is not so neatly broken out for the other two stalwarts.

Note: Cost of Revenue in Netflix’s income statement is actually not a cash number. It includes amortization of content as per US GAAP rules and Management discretion. Instead, I’ve used a “cash paid for content acquisition” and added back the amortization number that was available in the Statement of Cash Flows to arrive at a “cash cost”.

The point is that Streaming is a loss-making business as of now. Yes, they may be profitable in the future. We’ll tackle that in the next section. But another important point is that all these businesses differ in their intent, strategy and corporate makeup. That’s important to think about apart from just numbers.

Netflix’s core business is streaming movies and shows. Their intent, strategy and company structure revolve around that. Management has publicly declared that they want Netflix to be a free-cash-flow-positive company. We’ll estimate below what it will take for that to happen.

Amazon is an e-commerce company whose main cash generator is not ecommerce but its Cloud Services business – AWS. But Prime Video is part of the ecommerce business – a Prime subscription includes free 2-day shipping and streaming video. I’m not sure if Amazon intends to make Prime Video profitable as a standalone unit. Remember, for much of its existence, Amazon was a loss-making company. But today, Amazon – as a company – is massively profitable, thanks to AWS. And that’s a big difference compared to Netflix.

Disney is a bona-fide entertainment company. And their DNA is content-creation. The difference between them and Netflix is that Disney doesn’t engage in content “rental” and, as a company, it is already very profitable like Amazon. But that profitability comes from assets related to streaming content – theme parks, movies, live sports etc.

Since Netflix is easier to dissect, we’ll stick with the only pure-play Streaming Service in the numerical exercise below.

Can Netflix be profitable?

Let me repeat the chart from above and add the estimate of Free Cash Flow.

What is the path to profitability? The real question is: how many subscribers will it take to make Netflix profitable. Let’s make some assumptions:

With those assumptions made, here’s how Netflix’s Free Cash Flow looks at various levels of subscriber-base numbers:

The question for any investor then is this: Can I believe that Netflix will double its subscriber-base over the next few years? If you do, then at a market cap of $190 billion (as I write this), Netflix is a good bet. I’ve made that suggestion using our standard 20X multiple. At a subscriber base of around 300-350 million, Netflix can generate more than $10 billion in free cash flow.

The same type of analysis and question applies to Disney. At the very least, we should have a simple answer to the question, “what is the path to profitability?” Here I’m reminded of an old observation by Buffett:

“The worst sort of business is one that grows rapidly, requires significant capital to engender the growth, and then earns little or no money. Think airlines. Here a durable competitive advantage has proven elusive ever since the days of the Wright Brothers.”

On a side-note, I was surprised a few years ago when Berkshire took big positions in Airlines. At least Buffett has corrected that mistake as of the last few weeks.