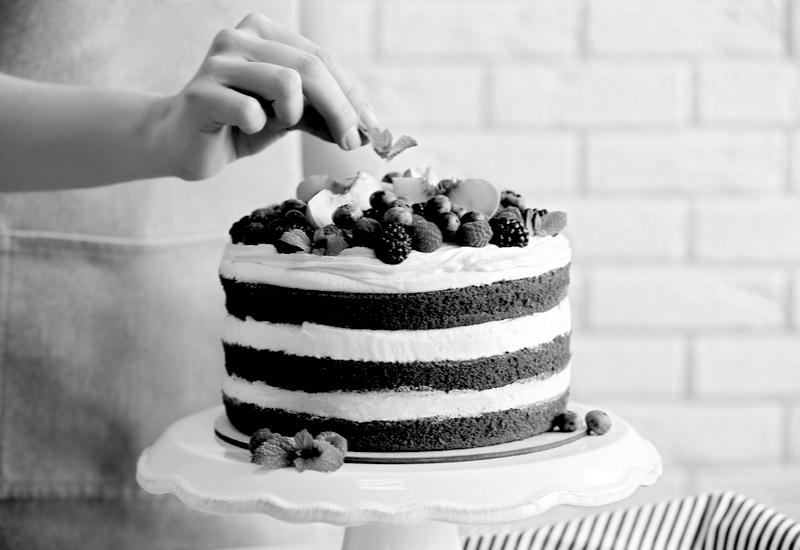 Why are we looking at this behemoth anyway? Big companies imply small returns, right? That’s probably true in most cases, but it’s not a rule. We’ve been investors in household names like Microsoft and Apple for years; they’ve trounced the S&P 500 over that timeframe. Some of that may be over-valuation by the market. But mostly, we think, it’s because they make killer products that dominate their respective sports.

The other, subtler reason their stocks have done well is because they’ve transformed themselves. Apple realized that it simply can’t iPhone it in anymore. Microsoft made Cloud Computing its core business. Salesforce is the original Cloud-based software-as-a-service (SaaS) household name. But just when we thought they’ve captured whatever they need to capture, their management thinks they can double revenue in the next 5 years.

This talk of “doubling revenue” is serendipitous because just a couple of weeks ago, we estimated that we’d need to believe in a 100-ish percent revenue growth scenario for us to consider buying the stock. Here’s how we got interested in Salesforce – check out the last column: 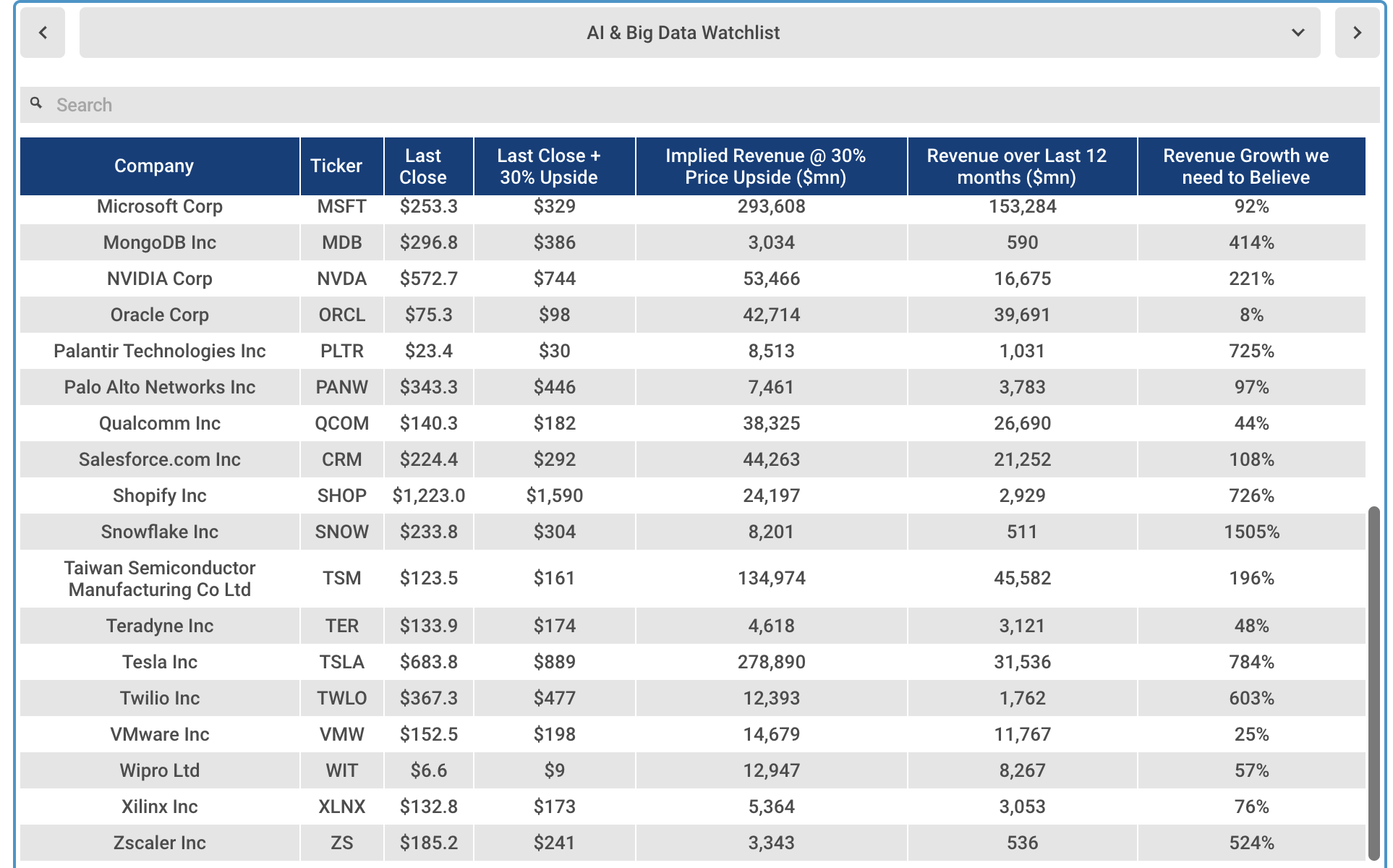 But it wasn’t just that their “Revenue growth we need to believe” number was (gulp) palatable compared to other names in our AI & Big Data Watch List. We also looked at Scalability, or “Operating Leverage” as the sages of Wall Street would call it. So, to take both Believability and Scalability into account, we made a useful metric to prioritize our time called the Priority Factor. This was the result:

We’ve recently done a deep dive on Qualcomm – into its competitive advantage, moat, risks and valuation. Our subscribers know whether we bought or not. They have access to our Portfolio.  Adobe and Salesforce came in second. We decided to dig into Salesforce first.

In the sections below